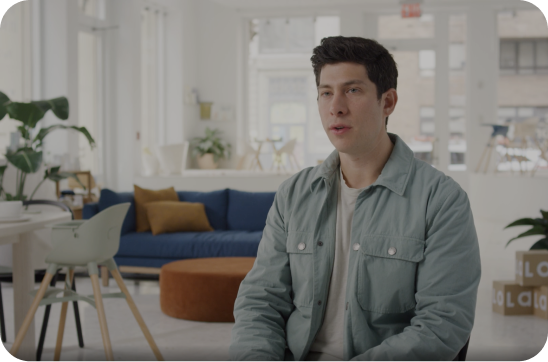 Lalo is designing baby products that are safe, beautiful, and built to last.

Lalo is the modern baby and toddler brand built for today’s families.

While embarking on his own wedding planning in 2017, Lalo CEO and Co-Founder Greg Davidson noticed that many of his close friends were discovering the process of becoming first-time parents. From their conversations it became clear that the process of buying baby products was overwhelming and unclear. With that in mind, Greg and his co-founder Michael Wieder (CMO) began the journey of creating a shopping experience that was transparent and easy for parents to be confident in the baby products they would be using with their firstborns.

As Lalo's business grew, it became apparent that their current platforms were not able to effectively grow with their team. The current platforms in place were slow, difficult to adopt, and unable to provide visibility into the financial operations. Davidson knew that there had to be a better platform out there that would allow Lalo to be more strategic with their finances. As Lalo began exploring alternative working capital options, they were adamant about finding a solution that offered some key benefits:

After exploring a handful of other platforms, it became clear to Lalo that Settle was the right working capital partner for them. Davidson was convinced by Settle’s unique approach to financing that other platforms were not able to provide. Since transitioning, Settle has worked in conjunction with Lalo’s last VC funding round to allow their equity to be used more strategically towards product development, research, and other operational expenses while allowing their inventory costs to be covered with Settle.

Davidson says that working with Settle has allowed Lalo the flexibility to use their cash in a much smarter and more efficient way. Settle empowers the team to place POs with confidence and sell through inventory before making payments.

Advice to other founders

As a first time founder, Davidson empathizes with new founders who are eager to launch their businesses and expect to see earth-shattering results immediately. In reality though, most companies, including Lalo, don’t see results overnight. Davidson encourages founders in the early days to focus less on thriving, and more on surviving. He says that it was during those early days that he truly learned the ins and outs of his company.

"Settle has allowed us to really use our cash in a much smarter and more efficient way." - Greg Davidson, CEO of Lalo

Lalo is designing baby products that are safe, beautiful, and built to last.